UKRAINE - Land of the Shtetl 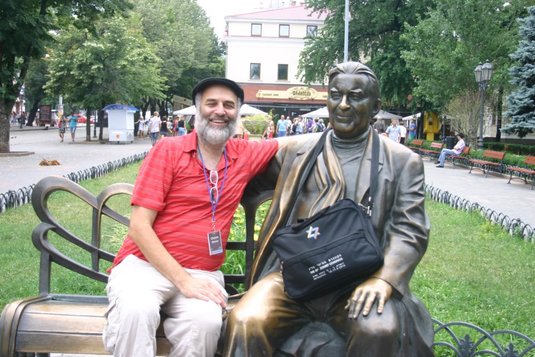 Ukraine, at the heart of the Pale of Settlement, was the home to hundreds of thousands of Jews less than a century ago. Here, in the Carpathian Mountains, the Baal Shem Tov wandered for weeks seeking closeness to God. His followers went on to establish the Hassidic movement. In Odessa, a city of rebels, young Jews came together and gave birth to the Zionist movement. In Kiev, young Ukrainian Jews are establishing new communities and are working to create a Jewish future in the Ukraine.

On this 7 day trip we will visit Odessa and learn about the roots of modern Zionism, Mezhbizh, birth place of the Baal Shem Tov, Uman – the burial place of Rebbi Nachman of Beslev, Berdichev – an important Jewish centre in the 19th and 20th centuries where the majority of the population was Jewish and the official language of the courts was Yiddish, and Kiev, the capital city of Ukraine. On the way we will visit many towns, villages and sthetls that were the heartland of Jewish life in Eastern Europe before the Second World War.

To book your place on this trip
CLICK HERE