A Range of Exciting Destinations for 2015 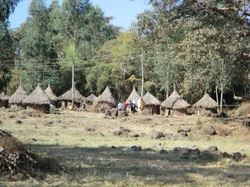 Uzbekistan: The Jews of Bukhara and the Silk Route  - May and October 2015 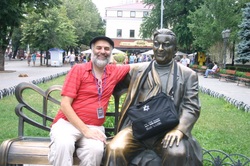 Salonika - The Jerusalem of the Balkans - March 2015

The story of Salonika covers the period from Alexander the Great, who set out from here to conquer the World, up to modern times when the community was almost destroyed in the holocaust. It was here that Joseph Caro decided to write the Shulchan Aruch and Shabbtai Zvi revealed himself as the Messiah of Israel. The Jews were such an important part of the fabric of the community in Salonika, that at times the majority of Salonika's residents were Jewish and Ladino was an official language.The trip includes a full programme designed to introduce you to the inspiring story of this community, Shabbat with the local community, a day trip to the towns of Veria and Vergina at the foot of Mount Olympus and much more.


Registration not open yet. To register your interest CLICK HERE

Girona was the northern most Jewish community in Spain, and it sat on the cultural border between the Ashkenazi and Sephardic worlds. This is where Spanish and Ashkenazi Jews first met each other, with surprising results. Walk the narrows lanes of the old city where the Jewish quarter is preserved, visit the home of Ramban, walk the walls of the city, and open Girona’s secrets through its sites and literature.